All Collections
General questions and guides
Statistics & Reports
Why does FunnelFlux replaces my "Lander" + "Offer" groupings by another one in the drilldowns?

Why does FunnelFlux replaces my "Lander" + "Offer" groupings by another one in the drilldowns?

In the drilldown reports, when you select any 2 of the following groupings:

They are automatically replaced by the "Conversion Path" grouping instead.

The reason is not immediately obvious to users coming from other tracking software where the typical funnel looks like this:

With such a simple funnel, the groupings "Lander + Offer" mean that we want to see the best combination to find out, for example, that Lander 2 followed by Offer 1 gives the most conversions/revenue.

However, in FunnelFlux, "Lander + Offer" does not mean anything, because unlike all the other trackers, FunnelFlux doesn't force you to have an offer after a lander.

Now consider the following funnel, that other trackers cannot let you build or track: 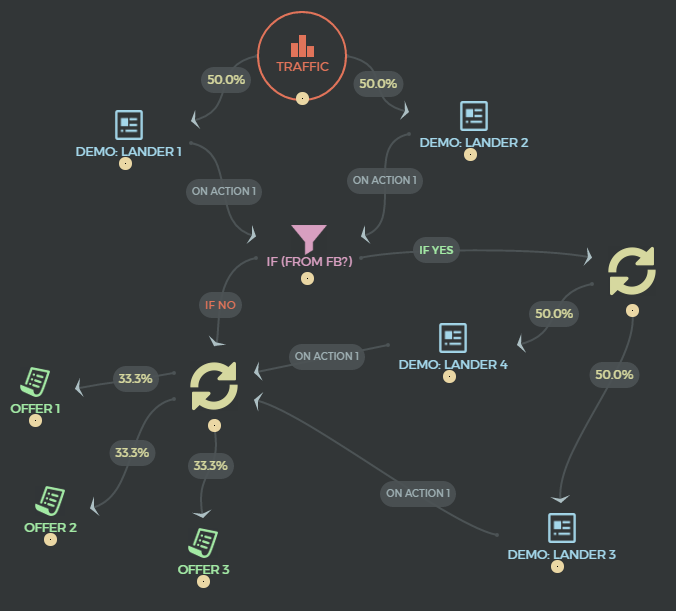 In plain English this funnel does this:

Now this gets interesting and hopefully you can see why the "Lander + Offer" grouping is not sensible in FunnelFlux, as after lander 1 and 2, we do not have an offer; we have a condition. And after that condition, we may go to an offer, or to another lander. This funnel is still quite simple. You can make funnels that are much more complex than this.

With such a funnel, how do you find out the most profitable path? By using one of FunnelFlux's "Conversion Path" groupings.

These will show you the entire paths leading to the highest number of conversions/revenue.

With the funnel example above you could find out, for example, that on Google Adwords, for the keyword 'widget1' the best path is Lander 1 to Offer 2:

While on Facebook, the best path for Females between 25 to 34 years old is Lander 1, followed by Lander 3 then Offer 3: 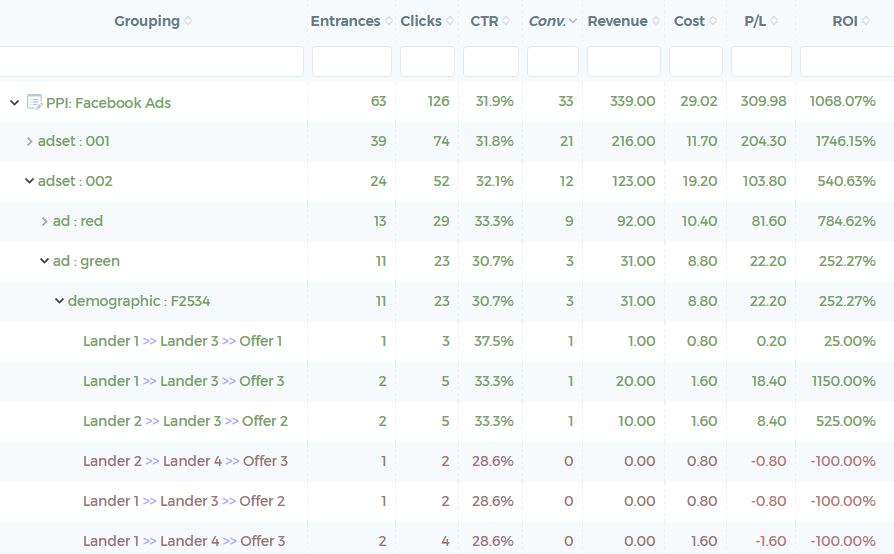 Furthermore, you can also use FunnelFlux's integrated Bayesian statistical significance calculator to quickly see if you have a winner: 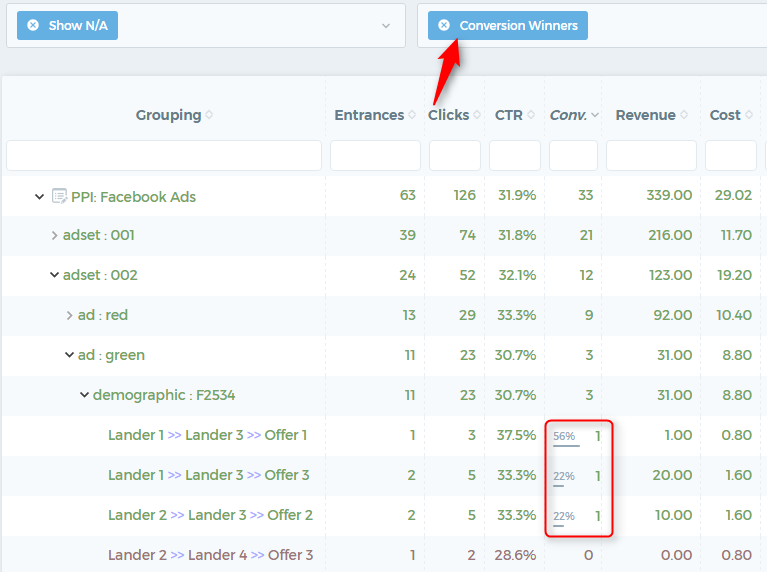 Based on the conversion rate alone, FunnelFlux tells us that there is no clear winner yet. However, since these three offers have different payouts, it's also wise to check out the "Revenue Winners": 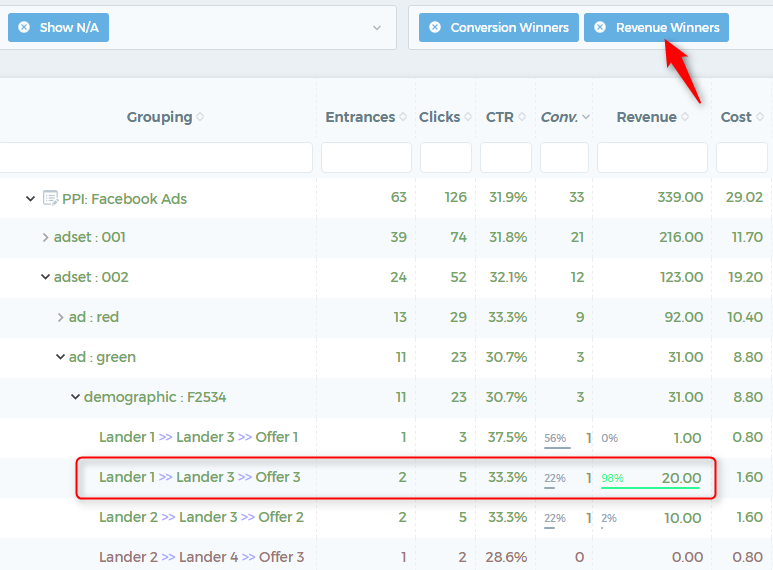 And there it is!

FunnelFlux now tells us that, for this traffic segment, there is a 98% confidence that this path will bring the most revenue.