All Collections
General questions and guides
Statistics & Reports
How do I find out if using landers performs better than direct linking?

How do I find out if using landers performs better than direct linking?

There are several solutions for this, but the easiest one is to use the funnel heatmaps to quickly see which path brings you the highest revenue.

Consider the following funnel for example: 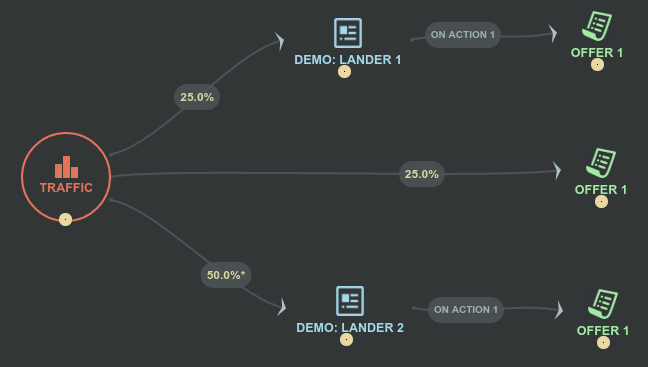 When looking at the revenue heatmap, you can easily see wich path brings in the most money: 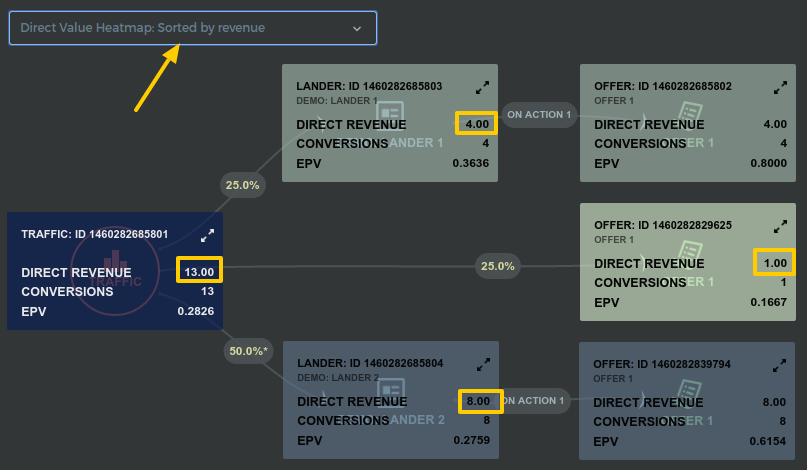 According to the screen above, the path using lander 2 brought in $8, while lander 1 generated $4 and direct linking only $1.

But yet, that doesn't mean that lander 2 performs better.

As you can see, the split test is not sharing the traffic evenly. Lander 2 gets 50% of the visitors, while the remaining 50% are shared between lander 1 and direct linking.

Hence, a better way to compare multiple landers and direct linking is to compare the EPV (Earning per view) instead of the revenue: 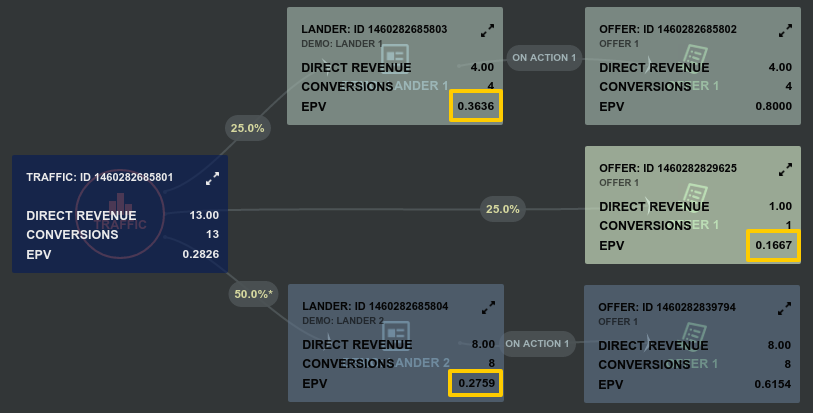 In the example above, lander 1 is getting the best earning per view. It would then be wise to increase the flow of traffic towards lander 1 to maximize the revenue.

Of course, this is only an example and you wouldn't take such a decision without reaching statistical significance first.

If you wish, you do not have to duplicate your offer to compare the different paths. However you need at least one distinct node per path before the offer, to be able to compare them visually.

The funnel below fulfills this requirement: 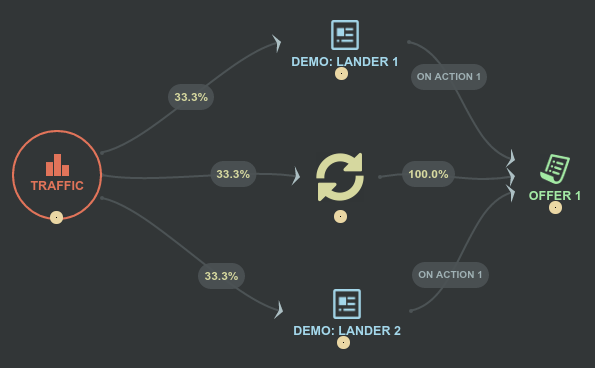 In the heatmap, you would then compare the EPV for the following nodes:

Note that rotator nodes do not slow down redirects -- these are processed server side, so it is sensible to use them when creating paths like this just to give clear, separate routes for heatmaps.